History of the Trust 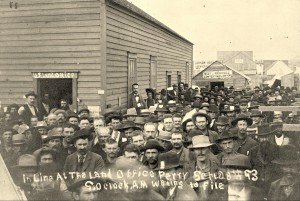 Thomas Jefferson had the idea. Theodore Roosevelt made it a reality. To both Jefferson and Roosevelt, education for all the children of the United States was the key to creating a strong democracy. Jefferson’s idea was to look for a way to fund education by using the land to generate funding. Roosevelt took it a step further by mandating a program that required the new territories, the places wanting to be granted statehood, to receive land to help fund education. Oklahoma was slightly different from many others looking to be granted statehood. The eastern half of what would become Oklahoma was Indian Territory; the U.S. government did not have title to the land. In lieu of grants of land in the Indian Territory, Congress placed $5 million into what would become the Permanent Trust controlled by the Land Office.

By approving the Enabling Act in 1906, Congress granted Oklahoma Territory the ability to become a state. The Commissioners of the Land Office is part of that act, making it an agency that predates statehood. The Enabling Act, the Oklahoma Constitution and statutes passed since Oklahoma statehood define the role of the agency and its beneficiaries. 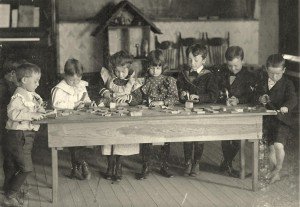 Of the three million acres of land granted at statehood, the Commissioners of the Land Office still own and manage 750,000 surface acres and 1.1 million mineral acres. Money from the land leases are distributed monthly to common schools, colleges and universities.

In 2010, the Land Office began distributing lease bonus money from the leasing of land for oil and gas exploration. As Oklahoma and its cities grew, so did the possibilities of commercial development on school land. Today there are pharmacies, restaurants, shopping centers and distribution facilities on school land. Revenues from those developments are distributed on a monthly basis. Revenue from the sale of land or royalties from oil or gas are placed in the Permanent Trust.

Congress, the Oklahoma Legislature, and the Oklahoma Supreme Court have made one thing clear over the years: the land, the minerals and the Permanent Trust are to be treated as “a sacred trust fund … held by the state and shall ever remain inviolate. It may be increased, but shall never be diminished.”