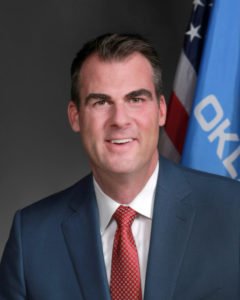 J. Kevin Stitt is the 28th governor of Oklahoma. Stitt is leading with a vision to become a Top Ten state. Governor Stitt is a fourth generation Oklahoman, raised in Norman where his dad was a pastor of a Bible church and spent many summers as a youth in Skiatook where his grandfather owned a dairy farm. Stitt graduated from Norman High School and worked his way through Oklahoma State University by selling books with the Southwestern Company. He has been married to his wife, Sarah, for nearly 20 years. Together, they have six children and call Tulsa home. 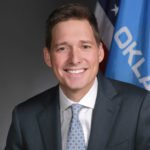 Matt Pinnell was elected as the 17th Lieutenant Governor of the State of Oklahoma on November 6, 2018. Lt. Governor Pinnell currently serves as Secretary of Tourism & Branding. Pinnell also runs a small business with his wife, Lisa, an entrepreneur & inventor. Pinnell serves on the Department of Commerce executive committee, leading the department’s efforts to maximize Oklahoma’s Opportunity Zones and focusing on small business growth. Prior to his election as Lt. Governor, Pinnell served as Director of State Parties for the Republican National Committee from 2013 to 2017. 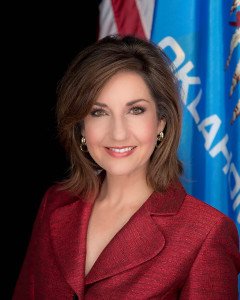 Joy Hofmeister was elected on November 4, 2014, to be Oklahoma’s 14th state superintendent of public instruction. A former public school teacher and small business owner, Superintendent Hofmeister has devoted her life to teaching students and promoting higher student achievement. Prior to her successful campaign for state office, Hofmeister served on the Oklahoma State Board of Education from January 2012 through April 2013 as an appointee of Gov. Fallin. Hofmeister graduated with a bachelor’s degree in education from Texas Christian University, and holds teaching certificates in English and elementary education. 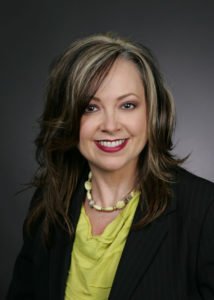 Cindy Byrd is Oklahoma’s 13th State Auditor & Inspector and the first woman elected to this statewide-elected office. Byrd served as Deputy State Auditor & Inspector for Local Government Services from January 2013 before assuming her new role. She also previously served as Director of the County Audit Division. Byrd earned a Bachelor of Science degree in accounting from East Central University. She is a Certified Public Accountant with more than 20 years of governmental auditing experience. Cindy and her husband Steve live in Coalgate, Oklahoma. 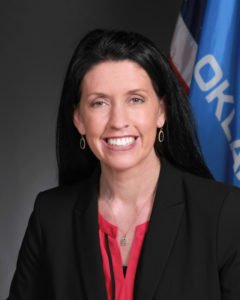 On January 14, 2019 Blayne Arthur was sworn in as Oklahoma’s first female Secretary of Agriculture. She acts as Governor Stitt’s chief advisor on policy development and implementation related to agriculture, food and forestry, and holds the titles of Oklahoma Commissioner of Agriculture and the President of the Oklahoma State Board of Agriculture. Secretary Arthur grew up in Chickasha, Oklahoma where her family raised horses, shorthorn cattle, wheat alfalfa and soybeans. She graduated from Oklahoma State University in 2004 with a bachelor’s degree in agricultural economics.