About The Land Office role of the Commissioners of the Land Office was defined by the United States Congress in the Organic Act of 1890 and the Oklahoma Enabling Act. This legislation reserved Sections 16 and 36 of each township in Oklahoma for the use and benefit of the common schools. The federal government had no title to lands in the eastern half of the state, known as Indian Territory. Therefore, the federal government compensated the Trust Fund with a grant of $5 million. 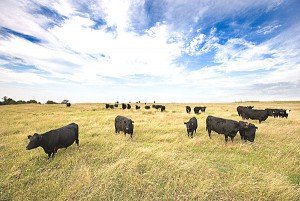 aside Section 33 in each township to support public buildings and corrections. Unlike other Land Office monies, the money earned from this land is not held in trust. Instead, it is disbursed on an annual basis. The federal government deeded a total of more than three million acres in the initial grant to ensure that public education would always have a financial base. Early state leaders shared that view, stating in Article 11, Section 2 of the Oklahoma Constitution that the “… principal shall be deemed a trust fund held by the state, and shall ever remain inviolate. It may be increased, but shall never be diminished.”